The art of using the storytelling formula

25 Feb The art of using the storytelling formula

Posted at 18:37h in Marketing by Intracon Spain 0 Comments
0 Likes

Previously we looked at the use of storytelling to inspire action. In this article, we will look at the winning formula that storytellers use to win over audiences and show an example of visual and narrative storytelling in action, using the simple yet effective: Introduction-Action-Result, formula.

First of all, let´s take a look at the audience.
Content in the modern digital age has its work cut out to cut through the endless mass of continuously generated video, taking Youtube as an example. Around 300 hours of video are uploaded to the platform every minute. This is hardly astonishing, considering almost 5 billion videos are watched on YouTube every single day.
Audience targeting is an effective way to find your public, narrowing down demographic orientated targets into interests helps identify and reach those all-important affinity audiences who already have a keen interest in relevant topics and who will act as your traffic.

In the age of new media, we as an audience have developed an almost evolutionary 8-second filter that decides whether a specific video piques our interest or not. Various behavioral and psychological factors work cognitively to filter information, and we have developed an apathetic way to consume videos, and If they don´t meet our expectations we quickly click off.

Using an example, the Longest Night made for Philips by T Brand Studio.
This impactful video was made to highlight the severe health implications of sleep deprivation through the eyes of an Islandic fisherman, using the classic storytelling formula of Introduction- Action-Result.

The video opens with a wide camera angle; birds drift across a seascape, a foreboding haunting soundtrack that immediately provides the exposition for this video. The sea reflecting the very essence of insomnia, a restless entity that does not sleep.

Then comes the voiceover, deep and troubled like the sea.

“They come in waves.” Says the protagonist, Páll Pálsson (Introduction), an Islandic fisherman. Not referring to the sea but his chronic insomnia, but allowing us as a viewer to make that connection.

“The nights of feeling numb.”

The desolate Islandic landscape emphasis his despair and restlessness.
He stays awake until the morning and then heads out to work on a fishing boat.
“But when the fish are there, so are we. We have to be.”

Then comes the reason for Páll´s terrible insomnia (Action) He often works on the boat for seven days straight, only sleeping an hour a night due to the continuous nature of line fishing. The camera holds on him, he stares despondently down in physical exhaustion. At this point, we are making a connection to Páll; an empathic response is produced as we see a man who is clearly suffering. He goes so long without shuteye that when he comes to the moment of slumber, he is unable sleep . (Result)

His insomnia is so severe that Páll has developed sleep apnea, a common disorder that causes a sufferer´s breathing to stop or get very shallow. Breathing pauses can last from a few seconds to minutes. It may occur 30 times or more an hour.

Then we are hit with the revelation that nearly half of all Islandic Fisherman suffer from sleep-related disorders, such as chronic fatigue and apnea.

The video does not leave us on on a low point, there is however, hope on the horizon. Phillips is investing in new technologies to alleviate sleep disorders with sleepwear, masks that help people suffering the disorder to sleep comfortably. 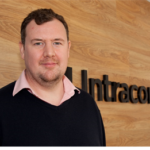 content marketing, content strategy, storytelling
At Intracon we strive for excellent service and believe we need to know you better in order to offer you that service. We’ll analyze your movement on our website so that we can improve your experience every time you visit us.Ok